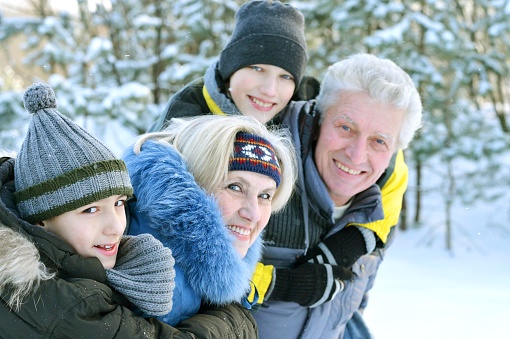 When a child faces a mental health challenge, the entire family is impacted. But while people may sympathize with parents and siblings, they often forget that grandparents also struggle with feelings of sadness and helplessness.

GASAK’s mission is to support, inform and advocate for grandparents with autistic grandchildren. At monthly meetings, GASAK participants network and share information on issues critical to families impacted by autism.

While there are many programs for parents of autistic kids, few if any address the specific issues that come up for grandparents, says Dr. Sue Cohen, Director of Early Childhood and Psychological Services at the Guidance Center.

“Sometimes the parents are overwhelmed dealing with their children’s needs,” says Cohen. “At GASAK meetings, grandparents can share their own concerns with their peers.”

GASAK member Judy Greenberg says, “A lot of times your friends can’t relate to what you’re going through, but when you walk into the GASAK group, you feel comfortable instantly. Nobody judges you.”

Guest speakers play a vital role at GASAK meetings. They include education lawyers, social workers, special education advocates and others. “When a grandparent leaves a meeting,” says Cohen, “they walk away with information that can make a huge difference in the lives of their children and grandchildren.”

But the camaraderie members experience is perhaps the most important benefit of the group.

One grandmother, who asked that her name not be used, has two autistic grandsons who were nonverbal until they were three years old. When one of them said “Mom” for the first time, the GASAK group celebrated her good news. “There is such compassion among members,” she says. “And by sharing our worries as well as our happy moments, we give new members hope.”

When Grandparents Are in Charge

For a variety of reasons—among them substance use, custodial battles or health issues—sometimes grandparents are placed in the role of primary caregiver. That’s when C-GRASP comes in.

There are many concerns for these grandparents, says Dr. Nellie Taylor-Walthrust, Director of the Guidance Center’s Leeds Place. “They are often isolated, struggling with health and financial issues that add stress to the entire family.”

Through partnerships with a team of supportive local entities, the Guidance Center provides the grandparents with a variety of services, including respite and peer support, counseling, housing assistance and school advocacy.

“The grandparents also have the opportunity to develop a social network with other grandparents who are experiencing the same life challenge,” she says.

For the past eight years, Marie and Roger Dextra have been caring for their five grandchildren because of their daughter’s severe depression. Through C-GRASP, Guidance Center advocates go to the children’s school meetings on their behalf. They also receive food donations from Island Harvest.

Despite the many hardships, the Dextras find joy in caring for their grandchildren. “It’s such a passion for me,” Marie says. “When I see them coming, I’m happy.”

With both the C-GRASP and GASAK programs, the Guidance Center’s inclusive family approach makes a huge difference in creating an environment in which children will thrive!