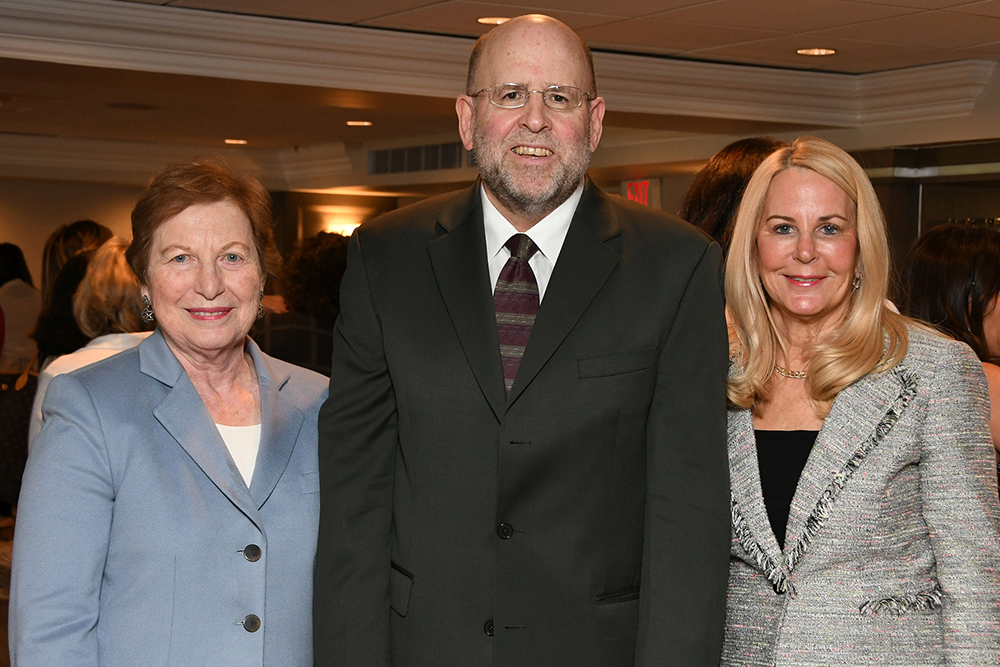 Closing Out a Career of Helping Others, Anton Media, by Dave Del Rubio, May 17, 2021

When Andrew Malekoff retires in July, it will have been after spending his entire 45-year career at Roslyn’s North Shore Child and Family Guidance Center. When he arrived as an intern to do his second-year field placement while working towards his masters degree at the Adelphi University School of Social Work, little did Malekoff know he’d leave four and a half decades later as the executive director. It’s an experience he treasures and attributes to how special a place North Shore was to work at all these years.

“It was really inspiring for me to become a part of an organization that was exclusively devoted to working with children, youth, teenagers and families,” he said. “We saw anybody that needed us without turning anybody away for inability to pay. Being able to be a part of an organization that had access to universal mental health care was really exciting. It was also innovative and saw children not as broken part. We invited the whole person to participate in the work that we did, so there was a kind of culture and tradition that I became a part of and was ultimately able to carry forth. That was really exciting. It felt like the right fit for me and was a big part of why I stayed there for so long.”

Having had a front-row seat, Malekoff saw changes in the clientele that sought North Shore’s help. “Just being able to observe things from the waiting room alone, you could see there was a big change over time.” Malekoff recalled. “It was a much more homogeneous, white, ethnic population [in the beginning]. Over time, there were more people of color and different religions. People dressed differently—some with religious garb. There were different accents, languages and so forth. Different groups over a period of time that were more reticent about going outside of the home and wherever they might traditionally go to seek help—for them to see that this was an alternative they could take advantage of versus what was available.”

During Malekoff’s run, he spent 15 years as a monthly contributor to Anton Community Newspapers. Publisher Angela Anton invited him to pen a column that initially started out as Parenting in February 2007 before it evolved into Parenting Matters a few years later. Despite having extensive experience as the author of a widely used textbook (Group Work with Adolescents: Principles and Practices, now in its third edition) and being the editor of the professional journal Social Work with Groups, the New Jersey native admits this new outlet required a creative pivot on his part.

“The discipline of writing a monthly column was something new to me,” he said. “It was a great opportunity and I like to take on new challenges like the experience of coming up with ideas and then putting something into 500 or 600 words and appealing to not just a professional audience, but to the regular citizenry so to speak. At the time, the column was called Parenting and I had wanted to change it and discussed that at the time with Angela. We changed it to Parenting Plus. I wanted to put the ‘Plus’ in because I felt there were things that I could write about that would fall outside of the more rigid guidelines of writing about parenting and kids. I thought [it could encompass] other issues whether it was government, policy or with certain news events that were reflections of issues of mental health that people would be interested in and give me a little more latitude.”

Over time, Parenting Plus became on of Anton’s more popular columns, always generating plenty of interest in print along with a heavy flow of traffic on the web. For Anton, bringing Malekoff into the editorial fold was an easy decision, particularly given the work she’d seen him do in his role at the North Shore Child and Family Guidance Center.

“I have know Andy from the start as a board member and as a dear friend,” she said. “He was responsible for starting many new programs and receiving many government grants at the North Shore Child And Family Guidance Center. The center was stronger because of him and as a columnist, we will always cherish the insight he brought to every story he wrote.”

Malekoff’s path to a career in social work wasn’t readily apparent in the beginning. Born in Newark, he moved to the leafy Jersey suburb of Maplewood, eventually going to Rutgers University on a football scholarship as a linebacker, eventually being one of the two defensive captains of the 1972 Scarlet Knights football team. And while he earned a bachelor of arts in business, the idea of serving others came via work with volunteer organizations, first at Rutgers and then following his university graduation.

“When I was attending Rutgers University. I joined something called Rutgers Community Action, which was sort of a Big Brothers-type program,” he said. “That was my first exposure that I had to anything that would be considered close to social work. I majored in economics and thought I would go into business. [Social work] wasn’t anything I pursued. After trying a few different things after college, I joined VISTA, which is Volunteers In Service To America, which is the domestic equivalent of the Peace Corps. I went out to Grand Island, NE, where I lived and worked in a Mexican-American community for about three years. It was during the course of my work with teenagers and families there that I decided that I wanted to pursue this as a career.”

Having spent 45 years helping families and youth get through trauma, one thing Malekoff says hasn’t changed is the anxiety and depression young people continue to experience. For him, these experiences require quite a bit of self forgiveness for the people going through these trials and tribulations.

“It’s a harsh world and it’s easy to be too hard on yourself,” he said. “Anthropologist Joseph Campbell came up with a favorite quote of mine ‘Perfection is not lovable. It’s the clumsiness of a fault that makes a person lovable. It’s something that’s a little longer than go easy on yourself. I give that out because sometimes I think people can be too hard on themselves and think that they have to be perfect. It’s a great lesson for parents and for parents to give to kids. It doesn’t mean you don’t try to hard or strive for excellence. It means you go a little bit easier on yourself than otherwise.”