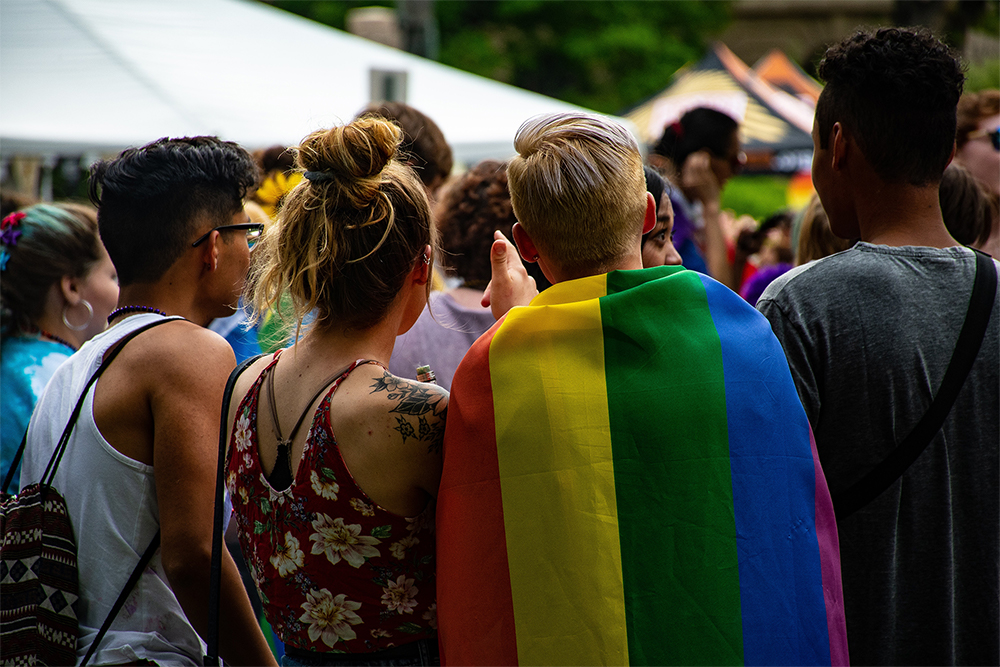 Recently, I spoke with a mother who was navigating an issue that has become increasingly common for many families here on Long Island and across the nation. Her 12-year-old daughter told her that she thinks she may be a lesbian, but that she’s feeling confused. The mom asked me how to best approach this conversation so her daughter would feel comfortable sharing her thoughts without fear of being judged or rejected.

The first thing I told this mom was that it’s very promising to hear that she is keeping the lines of communication open and assuring her daughter that she can trust her family to be supportive as she ponders these deeply personal questions.

More and more, we see clients at the Guidance Center who identify as part of the LGBTQ+ community; some call themselves gay or lesbian, while others are exploring their gender and/or sexual identity. Research indicates that a growing number of teenagers are identifying themselves with nontraditional gender labels such as transgender or gender-fluid, and our experience backs that up.

Regardless of the names that are used, one thing is a constant: When young people face disapproval from their families based on preferences or gender issues, they are far more likely to experience depression, anxiety, substance use and suicidal thoughts.

Research from the Centers for Disease Control and Prevention reveals the dangers of rejection. The CDC reports that LGBTQ+ youth contemplate suicide at almost three times the rate as heterosexual youth. In addition, LGBTQ+ youth who come from “highly rejecting families” are 8.4 times as likely to have attempted suicide as their LGBTQ+ peers who reported no or low levels of family rejection.

Some more eye-opening statistics: According to the Human Rights Campaign’s report, Growing Up LGBT in America, a survey of more than 10,000 LGBTQ+-identified youth ages 13-17:

Kids around the ages of 12 – 13 are at a time in their lives when they are discovering who they are, and for some, that brings up issues surrounding their sexual preferences and gender identity. As the CDC research shows, parental response is enormously important.

Youth who are exploring these issues need the unconditional support of their families, as they do with any other life concerns. They need to know they can be themselves without risking judgment.

The best response is clear: Express unconditional love and acceptance. Whether or not an adolescent ends up identifying as LGBTQ+ doesn’t change the fact that parents need to be calm and supportive. Tell them you will love them the same no matter what, and that you are there for them always.

There are some great resources to help you on this journey. One is The LGBT Network, an association of non-profit organizations working to serve the LGBTQ+ community of Long Island and Queens throughout their lifespan. It includes a group specifically for young people, called the Long Island Gay and Lesbian Youth (LIGALY), which works to build community, provide a home and safe space for all, end anti-LGBTQ+ bullying and prevent suicide. Nationally, The Trevor Project also provides lots of helpful information.

If your child or teen shows signs of depression or other mental health challenges, don’t hesitate to get help from a professional. To make an appointment at North Shore Child & Family Guidance Center, call (516) 626-1971 or email intake@northshorechildguidance.org.

If your child or teen is expressing suicidal thoughts or feelings, we can help through our Douglas S. Feldman Suicide Prevention Project. To learn more, click here.